This week the Data Center Industry got the terrible news it knew might be coming for some time.   That Ken Brill, founder of the Uptime Institute had passed away.  Many of us knew that Ken had been ill for some time and although it may sound silly, were hoping he could somehow pull through it.   Even as ill as he was, Ken was still sending and receiving emails and staying in touch with this industry that quite frankly he helped give birth to.

I was recently asked about Ken and his legacy for a Computerworld article and it really caused me to stop and re-think his overall legacy and gift to the rest of us in the industry.  Ken Brill was a pioneering, courageous, tenacious, visionary who through his own force of will saw the inefficiencies in a nascent industry and helped craft it into what it is today.

Throughout his early career experience Ken was able to see the absolute silo’ing of information, best practices, and approaches that different enterprises were developing around managing their mission critical IT spaces.    While certainly not alone in the effort, he became the strongest voice and champion to break down those walls, help others through the process and build a network of people who would share these ideas amongst each other.  Before long an industry was born.   Sewn together through his sometimes delicate, sometimes not so delicate cajoling and through it all his absolute passion for the Data Center industry at large. 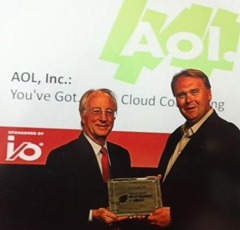 In that effort he also created and permeated the language that the industry uses as commonplace.   Seeing a huge gap in terms of how people communicated and compared mission critical capabilities he became the klaxon of the Tiering system which essentially normalized the those conversations across the Data Center Industry.   While some (including myself) have come to think it’s a time to re-define how we classify our mission critical spaces, we all have to pay homage to the fact that Ken’s insistence and drive for the Tiering system created a place and a platform to even have such conversations.

One of Ken’s greatest strengths was his adaptability.   For example, Ken and I did not always agree.   I remember an Uptime Fellows meeting back in 2005 or 2006 or so in Arizona.  In this meeting I started talking about the benefits of modularization and reduced infrastructure requirements augmented by better software.   Ken was incredulous and we had significant conversations around the feasibility of such an approach.   At another meeting we discussed the relative importance or non-importance of a new organization called ‘The Green Grid’ (

)and if Uptime should closely align itself with those efforts.   Through it all Ken was ultimately adaptable. Whether it was giving those ideas light for conversation amongst the rest of the Uptime community via audio blogs, or other means, Ken was there to have a conversation.

In an industry where complacency has become commonplace, where people rarely question established norms, it was always comforting to know that Ken was there acting the firebrand, causing the conversation to happen.   This week we lost one of the ‘Great Ones’ and I for one will truly miss him.  To his family my deepest sympathies, to our industry I ask, “Who will take his place?”

Infrastructure at Scale Technologist and Cloud Aficionado. View all posts by mmanos

One thought on “Through an idea and force of will, he created an industry…”